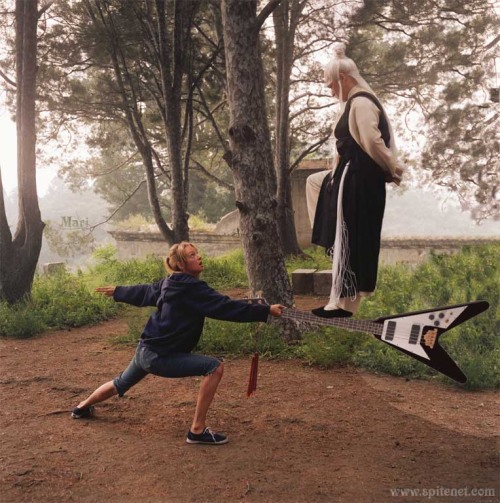 This paper was given at a College Art Association conference in 2000, in a session on the state and future of social art history chaired by Marc Gotlieb. The session was one of the big ones that year–maybe 300 people in attendance — and it was, by several standards, a total disaster. The respondent, Tom Crow, was annoyed by most of the papers; the conversation afterward was more about the history of social art history, and who owned it, than about Marc’s questions; and the speakers addressed Marc’s concerns in such different ways that I think few people could have gotten much out of the session as a whole.

Still, this paper asks perhaps the most annoying question that can be asked about an historian’s (or academic’s) work. There’s no doubt that historical writing is specific to the time and place of the historian, and informed by the historian’s way of conceptualizing the world: that has been described beautifully and repeatedly by writers from Walter Benjamin to Dominic LaCapra. But strangely, writing on the subject of historians’ subjectivity has not helped historians think about their own writing.

One assertion in this paper has had an afterlife: it’s the idea that art history, in particular, has a shelf life of about thirty years. After that, the texts are likely to be consulted mainly for stray facts, and otherwise to be considered as products of their age. No one reads Dvorak or Friedlaender any more for information about the seventeenth century; they are read (when they are read) as writers who exemplify cultural currents in the first half of the twentieth century. In other words, historical accounts gradually become accounts of the time in which the historian lived. I proposed that thirty years is the cutoff point, and that we should try to do better.

In the talk, I opened with a story about a seminar I had taught in Chicago. One of the students was intransigent, dismissive, and condenscending, and he rejected everything we were discussing. Finally I asked, “If you don’t like anything we’re reading, or anything I say, why are you in the seminar?” and he replied, “The same reason anyone signs up for classes: to kill the teacher.” I used that story to launch my paper on the shelf-life of art historians. The image here is from Kill Bill, and it shows a student trying to kill her teacher.