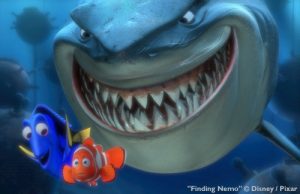 It’s dated: computer graphics has come a long way since 1994! Yet the basic argument remains pertinent: art history can contribute to the understanding of computer graphics, because the software that makes graphics possible is influenced by the history of art.

Palettes, blurring routines, perspective choices, sharpness settings, and many other components of image software come from the history of art, either explicitly (as in “mosaic filters”) or at several removes (as in the perspectival decisions made in video game design). Even now, art historians are only just beginning to take the history of computer graphics on board as an integral part of the discipline (see for example Inge Hinterwaldner‘s work).

A book called The History of Photoshop is urgently needed, now that it’s become the default image tool for artists. The book would detail the ways that the routines in programs like Photoshop are inspired, often indirectly and without the programmer’s intention, from episodes in the history of art. The History of Photoshop would demonstrate that Photoshop is not a black box, but is integrally related to the deeper history of art. If such a book were written, and if it were read by graphic designers, it could go a long way to integrating art history and theory with graphic design. Another book could be The History of Google Deepdream, or The History of Final Cut Pro: in each case the point wold be to show how the routines, which artists treat like black boxes (few artists know the algorithms behind the functions they apply), come from namable ideas, practices, and styles in the history of art.