The Introduction.
Chapter 3 on stories of modernism that turn on politics.
Chapter 4 on the idea of skill.
The concluding seminar.

The entire book is on Amazon. 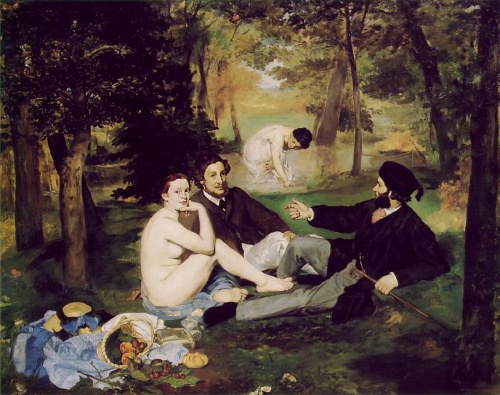 This is a look at the major accounts of visual art, and especially painting, in the last hundred years. The idea is to collect and compare the most coherent and elaborated versions of the shape of the twentieth century.

The Introduction sets out the idea of the book: it was the first in a series, in which three well-known scholars contributed their ideas about what the most important versions of modernism are. (See the desciptions of the volumes, below.)

Chapter 1 is a survey of theories of modernism, including accounts by E.H. Gombrich, T.J. Clark, Michael Fried, Robert Rosenblum, and Clement Greenberg. The chapter considers different starting-points for modernism in painting: the eighteenth century, the French Revolution, the mid-nineteenth century, the generations of Cézanne and Picasso; and there is also a discussion of the uneven dissemination of Clement Greenberg’s theories in different parts of the world.

Chapter 2, “Postmodernisms,” considers theories by Rosalind Krauss, Benjamin Buchloh, Arthur Danto, and a number of others, heuristically divided into those that posit postmodernism as a period with a beginning and (eventually) an end, and those that understand postmodernism as a condition or state of culture, whose beginning is either intermittent, indeterminate, or coeval with modernism. The chapter includes a rumination on the uneven international and market prominence of understandings of postmodernism that are modeled on, or inspired by, “October.”

Chapter 3, “Politics,” considers theories of the shape of twentieth-century painting that stress the political engagement or pertinence of the art. “Politics” in this sense includes social art history in a general sense, and also more specific enterprises such as institutional critique. The chapter includes discussion of Douglas Crimp, Hal Foster, T.J. Clark, and others, and proposes that Thomas Crow’s account may be the most demanding and interesting. The chapter concludes with thoughts on political art that is not of interest in academic criticism, including recherché political art, patriotic art, and popular art with nationalistic themes; I argue that some social art history does not possess reasons to bypass such work, and that some forms of social art history have an allegiance to forms of the avant-garde is not a necessary part of their logic.

Chapter 4, “The Importance of Skill,” is a polemic. A survey of theories of modernism and postmodernism in the visual arts might not pay attention to skill, because it would be seen as an ideologically overdetermined category that remains, outside the avant-garde and the international art world, as a remnant of nineteenth-century European and North American art academies. I wanted to include a chapter on skill for two reasons: first, several of the contributors to this series, including Richard Shiff, are engaged with issues of skill and depiction; but more importantly, I think that naturalistic depiction remains the most widespread criterion in the judgment of painting worldwide. It seemed important to remain aware of the much larger artworld outside the one countenanced in academic writing and in “biennale culture.” This chapter mentions Tom Wolfe, Deborah Solomon (a reporter who writes for the New York Times), and various realist artists including the well-organized groups of “starving artists” who sell in hotels and malls. There is also a discussion of the role of naturalistic skill, or the lack of it, in Duchamp, Magritte, and other modernists.

Chapter 5 is “The Idea That None of This Matters Anymore.” This is a relatively brief look at accounts of twentieth century art that refuse or avoid the question of the shape of the century, or its preeminent movements, partly by insisting that “high” and “low” art are effectively mixed, so that genealogies of fine art no longer have purchase. The principal voice in this field is visual studies, although the popular press, in the form of newspaper arts journalism, often joins in; and postcolonial theory, which rewrites chronologies and values of modernisms as sociopolitical phenomena, is also involved.

Chapter 6 is “Conclusions,” and it is a gesture in the direction of the many other writers whose theories could structure an account such as the one in this book. I mention, briefly or in passing, Adorno, Habermas, Jay Bernstein, Karl Werckmeister, Matei Calinescu, Peter Bürger, Thomas McEvilley, Hubert Damisch, Georges Didi-Huberman, and a dozen others. I conclude by wondering why, given the tremendous complexity and the multiple revolutions in twentieth-century art, there are such a small number of principal theories–mainly modernisms, postmodernisms, and theories of the importance of politics.

The last file is the concluding seminar, held in Ireland after the lectures were given; in it several faculty members debate the issues in the book.

Master Narratives and their Discontents is the first book in the series Theories of Modernism and Postmodernism in the Visual Arts: 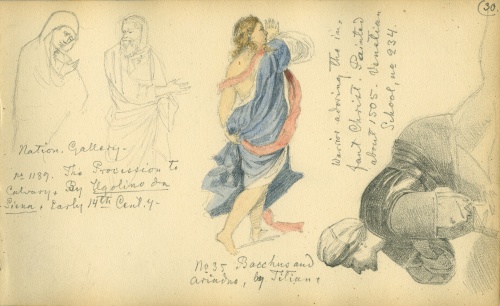 This image and the two below are sketches by the Finnish art historian J. J. Tikkanen, whose papers are at the University of Helsinki. The central image here is the figure of Ariadne from Titian’s painting. An increasing number of art history departments, perhaps mainly in western and northern Europe, are devoting a percentage of their research activity to the history of art history in their own departments. That kind of research is essential in understanding the differing theories of modernism implicit in art historical narratives. This book concentrates on the largest patterns and most influential theories, but art history is the sum total of many such implicit decisions about historical structure. 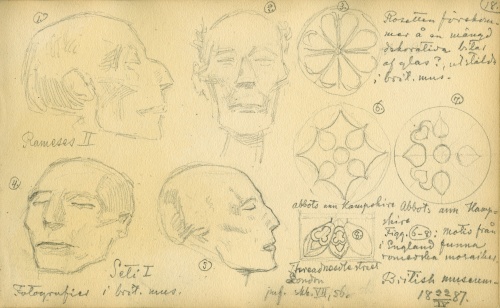 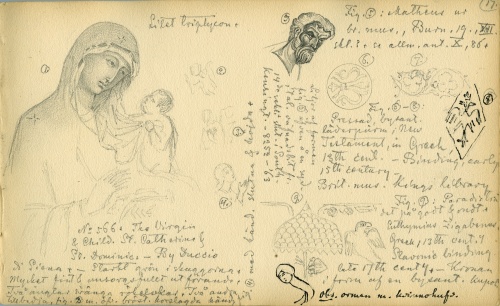