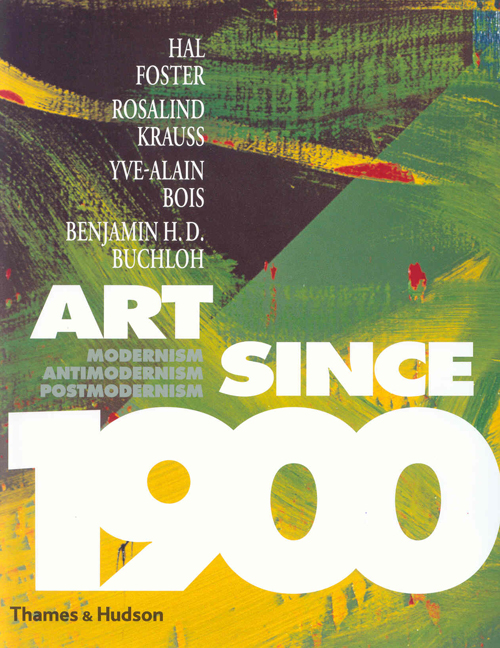 The book Art Since 1900 is the de facto textbook of modernism and post-modernism for the next generation. It is being translated into Chinese and Farsi, among other languages. Many art historians would like to see a textbook that is less centered on the North Atlantic, less faithful to North American practices of art history centered on the journal October, and more interested in interpretive methods other than formalism, psychoanalysis, the Frankfurt School, and poststructuralism.

The book received a large number of negative reviews, but there is still no textbook to compete with it, and the book itself is into its third edition.

Three colleagues at the School of the Art Institute and I worked for a while on a proposal  for a book that could answer Art Since 1900. We considered it a kind of ethical duty, because we agreed that book reviews and specialized articles had not been displacing the increasing influence of Art Since 1900. (During those same years, around 2012, Hal Foster remarked that he didn’t see why the book was worth bothering with in that way—but since then it has become ubiquitous.) After a couple of months of work, we had a proposal and an interested editor, but we gave up on the project, mainly because it would take so much time. My colleagues rightfully decided to pursue their own careers instead of tethering themselves to a textbook.

I wrote an account of our project, hoping to inspire other scholars to try to write their own responses. It was originally part of the book The End of Diversity in Art Historical Writing, but it was omitted from the published version.

It includes our ideas for ways to organize the book so it would not just “fill in” the omissions of Art Since 1900, but have a structure and argument of it own. We did not want it its main strategy to be inclusiveness and diversity; we agreed that it needed articulated principles of inclusion and exclusion. The chapter also includes out sketch for the table of contents.

Any response to Art Since 1900—any next-generation textbook of modern art—will need to address the potential chaos produced by including dozens of new cultural settings, “new” modernisms, “unfamiliar” countries and practices. Our proposal includes some ways of addressing that problem.

I hope this can be useful for whomever makes the nearly impossible, but very important, attempt at the next serious, historiographically and critically aware, textbook of modern and contemporary art.