Or see the Keynote slides of the English version. 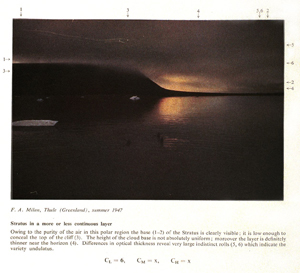 This is a talk given in Freiburg in 2007. I’ve also uploaded the German version, and the Keynote (Powerpoint) slides I used for the talk.

The talk concerns the book Landscape Theory, which is listed separately on this site. The idea is to gather some of the deepest unresolved ideas about the representation of landscape and related terms.

The essay sets out 13 unresolved issues in the conceptualization of landscape, starting with the question of what landscape might be besides ideology. The identification of landscape with ideology and power comes ultimately from Foucault, and more recently from Denis Cosgrove and Tom Mitchell’s Landscape and Power. The book Landscape Theory began with a panel discussion that included Cosgrove, so the nature of landscape outside ideology was our starting point. Other questions among the 13 include the place of aesthetics, the nature of the concepts of space and time in relation to landscape, what landscape might be without human presence, what places should be accorded the sublime and the beautiful, whether landscape can be conceptualized outside photography, film, and other arts, whether landscape is more an object or a place, and what might be said about the genres of landscape painting and romantic landscape poetry.

(Image above: clouds in Thule, Greenland, observed in summer 1947, from a cloud atlas. The Atlas observes that the Stratus is “in a more or less continuous layer” obscuring the top of the cliff. There is not much to observe except “very large, indistinct rolls” of Stratus near the horizon, “which indicate the variety undulatus.” Stratus, Cumulus, etc., are capitalized and italicized because they are coined on the model of Latin genera.) 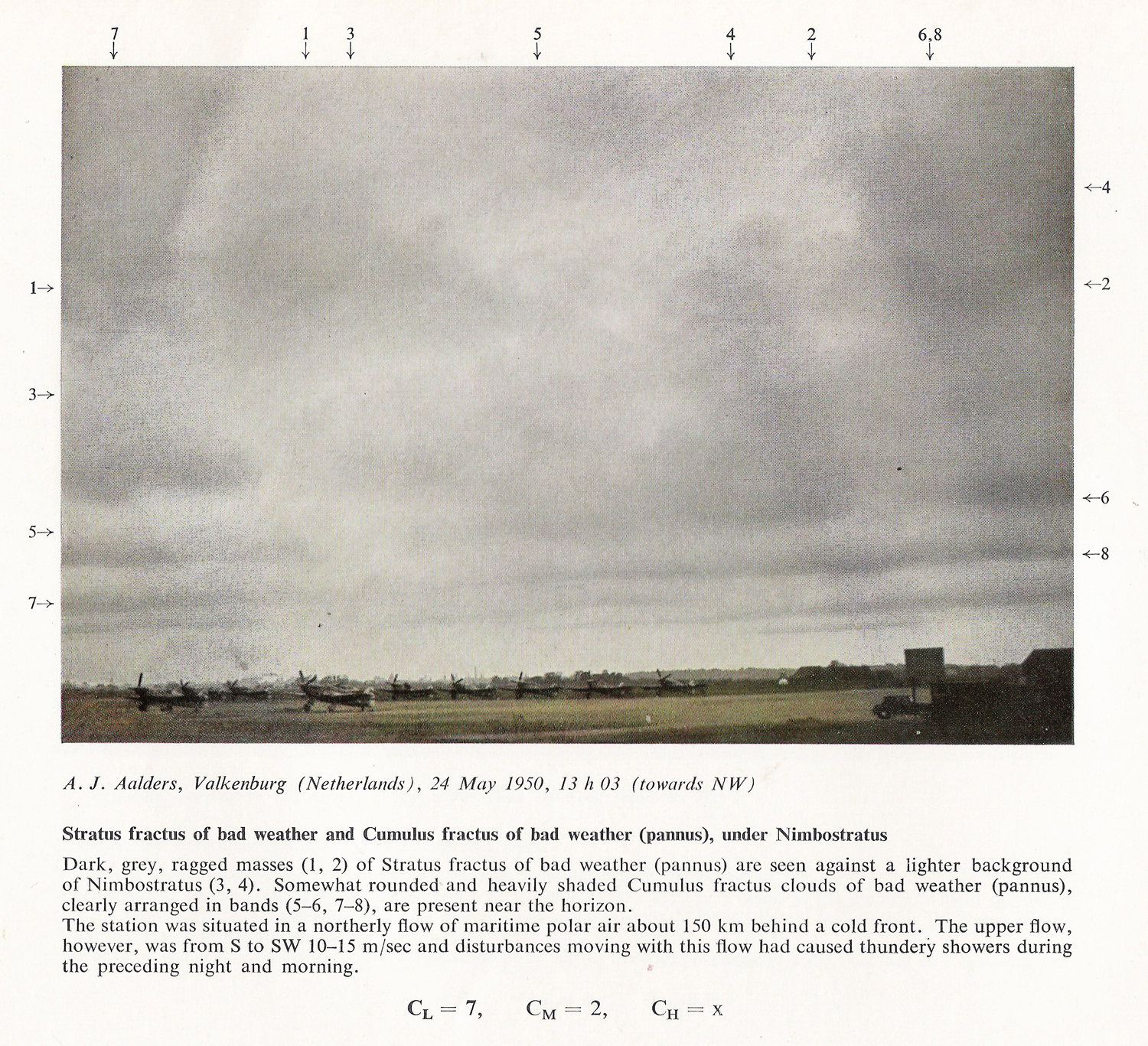