The book State of Art Criticism 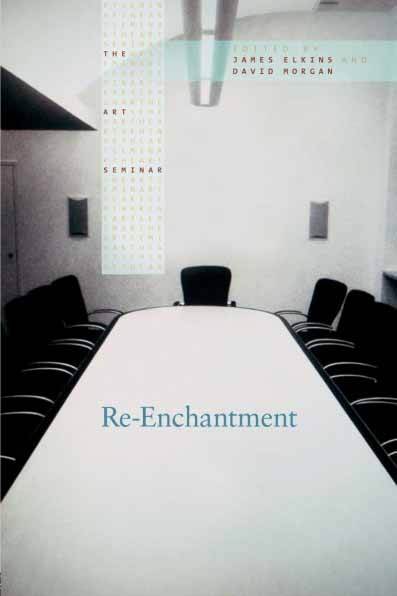 The Art Seminar is a series of seven books, involving hundreds of scholars from around the word. All the titles are available online.

The idea of the series was to be conversational and open-ended, producing a cross-section of current understandings on each topic. The reasons for the open architecture and dialogic form of the series are set out in the Series Preface.

In the last volume of the series there’s a Series Afterword, taking stock of the entire project. What seemed especially interesting was the differing degrees of incoherence in the seven subjects, which may be indicative of the current state of theorizing. The Afterword concludes that the art world has a deeper kind of incoherence, beyond simple pluralism or relativism. Contributors to vol. 2, for example, sometimes had positions on what theories should be taken to underwrite photography; but other contributors had no position on theories, even though they considered themselves writers on the subject of photo theory. That kind of incoherence was in evidence in each of these seven volumes. It would be as if a group of physicists included some who weren’t sure if E = mc^2, but didn’t really care. I was amazed to see that kind of multiply layered self-contradiction reappear in each event, and for me it was the takehome value of the entire enormous project. 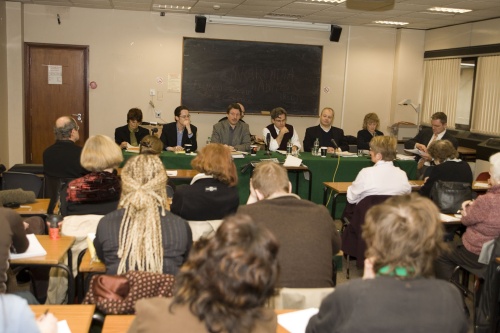 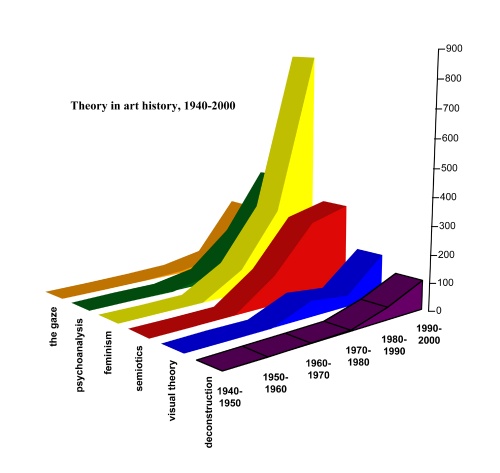 A poster for the final event in the series, Chicago, 2007.