The essay on emblems 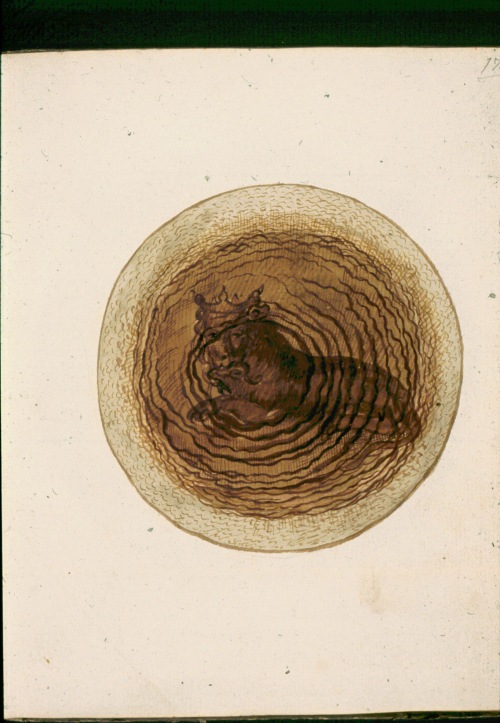 What Heaven Looks Like is my favorite trade press book.

It is a commentary on a mysterious manuscript in Glasgow, an anonymous booklet of small round watercolor paintings with no captions. What Heaven Looks Like is available on Amazon.

Here I have uploaded several contributions I made to the Huffington Post, trying to introduce the book to a wider audience. These posts give a flavor of the MS, if not the book of commentary I wrote about it.

I am also posting an essay on the past and future of the emblem and emblem studies, published in Emblematica; it was originally a plenary talk given at the International Society for Emblem Studies, Chicago, July 2005.

Here is the Preface to the book:

A woman sits down to her secret work. She lives alone—her husband has died, and her children have grown and moved away. The church lingers in her thoughts, but she is no longer sure what its stories mean. It is the very end of the Renaissance, and the old certainties are gone. Even the myths and legends seem wrong as they drift in and out of her solitary thoughts.

She goes out the back of her house and walks up a slope to a woodpile. She selects a cut log, and carries it back to her room. She stands it on the floor next to her chair, and she leans over to look at the cut surface. She studies the the drops of dew and the damp soft bark. She moves her fingers in gentle circles, following the fine brown rings in the wood. Cracks score the surface like spokes of a wheel. She tests them with her fingernail.

The wood is a lovely picture, made by nature. It means nothing and it says nothing, and yet it is full of faint colors, and, as she looks longer, faintly moving figures. She takes a small sheet of paper and begins to paint.

The book you hold in your hands is a reproduction of a unique manuscript preserved in Glasgow, Scotland. The original is just pictures — no words, no explanations. No one knows who painted it, or when. I think it was created by a woman who imagined what she saw in the ends of firewood logs. In one picture the wood is fresh and green, in another old and cracked, in a third moldy and peeling. From that I deduce she worked at her project over a long period, perhaps years. I think she lived alone, perhaps high up on a forested hillside — at least that is how I imagine her. I have written this book to try to understand what she may have felt and thought.

Her pictures tell a strange and beautiful story of loss and uncertainty. She was deeply unsure about what she could believe. In her mind — an amazing independent mind, as striking in its wordless way as Spinoza’s, or Milton’s — the culture of community and belief had nearly stopped making sense. She thought hard about the Christian verities, and decided that little is known with any confidence. She was profoundly alienated from the dogmas of her day, and deeply skeptical about some the largest questions: the origin of the universe, the nature of God, and the possibility of heaven. She mused, too, on the loss of meaning in history and in human relations. I think of her as an irremediably lonely person.

In one sense, she was part of her time: the late seventeenth century saw an unprecedented erosion of faith, and a new awareness of inner life. At the end of this book, I have written about the artist’s time, and the crises of religion, history, and representation that were in the air.

But in another sense, she is eerily modern. Her doubt and isolation are modern, and so are her paintings. There are things in this book that were not accomplished in art before surrealism: she plants glassy eyes in dark roots, congeals a patch of air into an amphibious face, turns a ram into a block of ice. Nothing escapes her oddly distorting eye: in one painting God himself is shriveled into a greenish lump.

This is an astonishing, wonderful book. It is mysterious, daring beyond anything else done in its time, and uncannily modern in its diffident, lonely skepticism. It is ravishingly painted, with a sure, free hand and a mind less burdened by the opinions of authorities than any other I know. It is one of the masterpieces of that half-lost, very modern moment between the faded Renaissance and the overconfident Enlightenment. 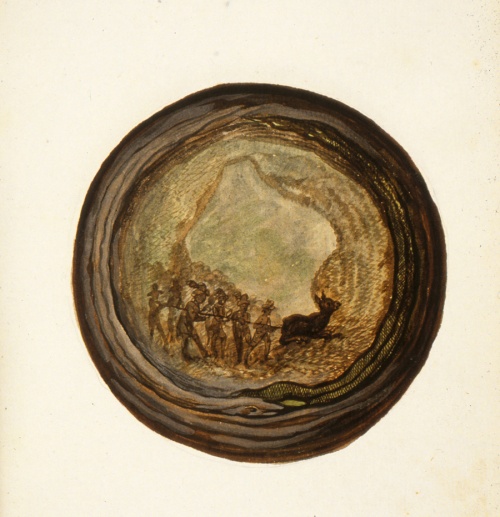 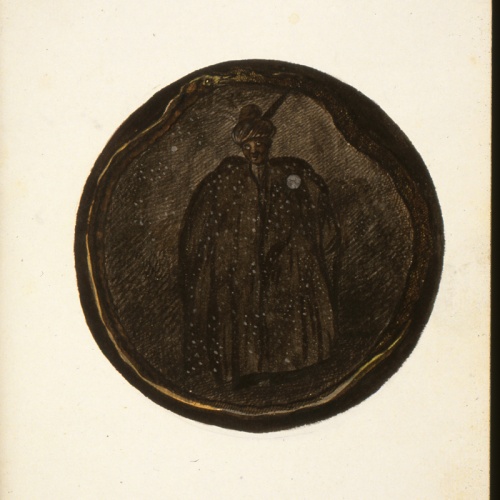 A note on the horrible review

The London Times Literary Supplement published a review of this book that I thought was terribly unfair. I wrote a response, but the TLS didn’t even acknowledge it. It’s conventional wisdom in publishing not to mention bad reviews, because eventually they’ll be forgotten. But the author of the review, Dennis Duncan, was so exactly the wrong sort of reviewer for this book, and his review so thoroughly the opposite of what the 18th c. manuscript deserves, that I decided to post my response here:

Dennis Duncan’s review of my book on MS Ferguson 115 is absolutely correct on the small points. I am culpable for the errors in my transcription, although the familiar insult “howlers” may not apply, since the inscription was also seen by three experts on Baroque manuscripts. The manuscript hadn’t been dated by watermark when I studied it; that adjustment has no bearing on my reading. Duncan implies I should have known about the facsimile: he should have known I’m the one who showed that editor the manuscript.

However I need to take issue with two larger points here. Duncan claims the illustrations in this manuscript exist in “a vast number of alchemical works.” They do not. They are willful and opaque in respect to that tradition. There are distortions of traditional figuration, expected narrative, and space here that rival anything before the twentieth century. This manuscript is as far from a formulaic 17th- 18th c. alchemical treatise as it’s possible to imagine. It would be unfortunate if Duncan’s claim prevented readers from discovering the exceptional quality of imagination in this manuscript.

There’s another, deeper issue lurking as well. Duncan cites my book, Why Are Our Pictures Puzzles? in order to say that puzzles are indeed “exhilarating stuff, and it is not just art historians who enjoy a good puzzle.” One would have thought the title of my book would be enough to suggest that isn’t a good reading. My argument in that book is the exact opposite of what he gleans from the title. My concern was then, and is now, that art historians (and others) tend to want the objects of our attention to be puzzles, and that we might question that desire, and look longer.

The manuscript I describe isn’t a puzzle, and that is the point. That is why details like the gender of the artist, and the face in the cloud, are soft targets out of context. (There are many dozens of other faces and figures in the manuscript that are indisputably there, and indisputably strange.) That’s why it can be true that the images show us the process in an alchemist’s flask, and also true that they are imagined, gorgeously, as distorted figures in cut sections of wood. When pictures aren’t puzzles, they are perhaps more themselves.

I don’t excuse myself for my bibliographic errors, and I don’t think any historical material should be seen without attending to the available facts, but this is an astonishing manuscript precisely because it has so little to say to those who take delight mainly in precision and clarity.