Chapter 3, on figure and ground

Chapter 6, on non-Western concepts of the image 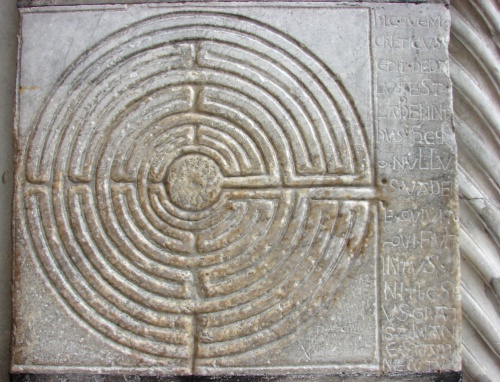 This book is about the nature of images. It begins with a theory about how semiotics is more or less ruined by images, even though parts of it can be recovered in an historically specific fashion. The book compares familiar Western images with less familiar objects in order to question what we take as natural properties of images. One chapter is about neolithic marking; another is about the prehistoric Balkan Vinca culture, which produced writing-like artifacts; a third is on Persian and Chinese texts about images.

Chapter 6 considers texts on images written in China, Persia, and India, largely without knowledge of the Western tradition. The texts use concepts that are wholly new to Western discourses on images, and in doing so they pose a challenge for the fields of art history, art theory, and aesthetics. How can such conceptualizations be related to the received concepts of images in the West? Why is it, as Vinay Lal has pointed out, that Western writers from Marx to Badiou continue to provide the conceptual scaffolding for our interpretations of visual art, even when the subject is, for example, Chinese painting? This is a fundamental problem in the conceptualization of art–perhaps the most fundamental one. This chapter provides raw material for ongoing conversations: three “new” theoretical frameworks for the understanding of images. (Material on Indian texts is partly inaccurate here; it’s been updated and corrected in Art and Globalization. I can send those corrections on request.)

This book has been critiqued for its interest in the non-verbal, non-linguistic elements of pictures, and I am certainly guilty of having been hypnotized by what I now see as a trope of modernism: the notion that images belong to a separate domain, outside of language. On the other hand, there is no good account of the workings of that trope outside of its modernist origins; and there is still almost no literature on genuinely non-Western concepts of images.

From the book’s Envoi:

My central objective has been to show that pictures are much harder to write about than they appear to be when interpretations focus on namable symbols and stories. It is hard to pay attention to nonsemiotic aspects of pictures, and harder still to remain alert to the temptation to separate meaning from apparent meaninglessness. In simplest terms, it is hard just to look: it is much easier to read, or to tell stories, than to stare at the peculiarities of a stubbornly silent and senselessly wordless object.
For several reasons, it may appear that this book is a celebration of meaninglessness, and of marking that escapes historical and critical narratives. To some degree that is true: I am attracted by the remnants of pictures—whatever resists interpretation or remains unaddressed or unexplained after the historical narrative has passed by. But the book is written in praise of silence, and I have not said that there is such a thing as a visual mark that must necessarily, in a given rhetorical frame, be left uninterpreted. On the contrary, I have brought together as many kinds of interpretive strategies and conceptual tools as I can in order to show that whatever appears to be outside some social, gendered, bodily, iconographic, biographical, or formal account of a picture can also be inside it, especially as a source of resistance against the unimpeded flow of words. In that sense the project of this book is not entirely unlike Jean-François Lyotard’s idea of the figure, the opaque blockage that slows any text, any discours, but also makes reading itself meaningful.
I am interested in the hybrid nature of graphic marks: the fact that actual marks, as opposed to the simplifications that sometimes stand for them in the literature on aesthetics and psychology, are partly semiotic and partly nonsemiotic; and I am also intrigued by the way their fundamental complexity builds into obstacles for interpretation—into the sense that marking itself is obdurate or incoherent. But the reciprocal fascination that impelled this book has sometimes taken the unrealistically pure form of a fascination with intractability: the opposite and complementary weakness to the kinds of narrative and symbolic readings that I have attributed to art history in general. For that reason I want to draw the argument toward its close by considering two reasons why the uninterpreted residue of pictures can be attractive—one reason I disagree with, and another that I may value too much.
At several distinct moments in the twentieth century, pictures have seemed to consist of two immiscible parts: the flood of words and the insoluble wordless image. One of the first expressions of that idea is Wittgenstein’s Tractatus logico–philosophicus. That text is essentially a logic of all possible meaning, and it is founded on the notion that propositions are like pictures. The “picture theory,” as it was later called, has been said to depend on a notion of pictures that is at once philosophically slippery and utterly unrelated to actual pictures. A case can be made, however, that Wittgenstein kept the everyday meanings of “picture” in mind as he wrote, and that he thought of actual pictures as he formulated his logical doctrines. At the end of the text, after exhausting the domain of logically “well–formed formulas,” Wittgenstein enjoins silence about everything that remains. Whatever is nonpropositional, whatever cannot be spoken, must be passed over in silence. The Tractatus can therefore be read as an example of the notion that pictures are propositional—they belong to logic, and hence to conceptualization and language—except for an a-logical, and therefore inexpressible, residue. His text would be an example of the kind of concept of images that I have argued against: to the extent that Wittgenstein’s propositions can be understood as referring to something like actual pictures (and I do not claim that the entire text can be read that way), then I would resist the strong disjunction between logic and a-logic. Pictorial marks are inescapably both. Incoherence, difficulty, opacity, and complexity are analytic concepts, but they name forms that have only one foot in logical systems.